From Colorado to the World: The Winds of Change in Oil & Gas Legislation 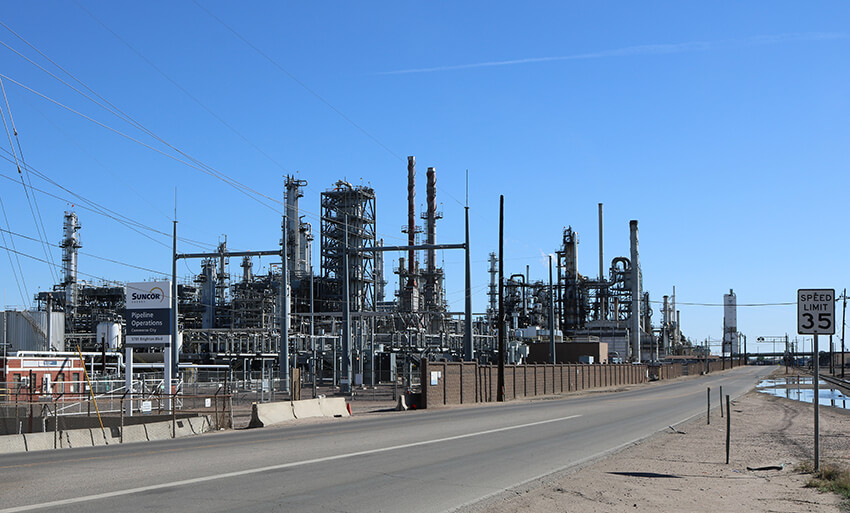 On April 16th 2019, the state of Colorado signed the groundbreaking Senate bill SB19-181 into law.  The bill introduces a number of measures that seek to compel oil and gas suppliers operating in the state to adopt more stringent practices concerning the mitigation and minimisation of emissions from oil and gas facilities.  The bill refers to emissions of hydrocarbons, VOCs and nitrogen oxides, but it is the specific requirement for methane monitoring that presents a unique challenge to oil and gas operators in the state. This article discusses the implications of the bill and the potential answers to the questions it poses.

As part of the new legislation, regular methane leak detection and repair (LDAR) operations at larger facilities are no longer sufficient to satisfy the requirements of law.  At multi-well facilities (such as superpads), facilities where particularly large methane emissions are expected (such as gas processing sites and compressor stations), and facilities close to residential areas, methane emissions must now be monitored on a continuous basis.

Whilst the introduction of the bill only paves the way for legislation to enforce this requirement, rather than defines how it should be enacted, it is this continuous monitoring requirement that will introduce a new challenge for operators of large-scale facilities in the state.  No longer is it acceptable to schedule intermittent walkaround optical gas imaging (OGI) surveys, which have been a mainstay of LDAR operations for some time.  Even following more advanced, progressive methods such as OTM33, which details regular surveys using vehicle-mounted sensors, is not sufficient to provide the continuous monitoring required by the new bill.

Challenges and Implications to Industry

The crucial limitation of OGI surveys, vehicle surveys, and radial plume mapping studies, is that they all require at least one operator to carry them out.  As well as often being time-consuming, expensive, and subject to human error, they only capture a snapshot in time, making them unsuitable for continuous monitoring.  To introduce a continuous, 24/7 monitoring operation, autonomous operation is essential.  Any viable solution must be able to operate every hour of every day, record and log methane emissions data for subsequent regulatory review and continuous improvement and be able to alert operators if the measured emissions stray outside of expected background levels.

This places a challenging responsibility on oil and gas companies, requiring them to place permanent installations of equipment in either remote locations or to cover large areas, and sometimes both.  Superpads, storage and processing facilities can be up to several kilometres to a side, all of which has to be effectively covered by the technique and, if no action is taken, the consequences can be dramatic.  Licenses to drill can be revoked for failure to comply and in the months immediately following April, several authorities (including Boulder and Adams counties) have placed moratoria on new drilling licence applications until state regulators have had the opportunity to define the specifics of the new regulations.  The need for oil and gas companies to be able to demonstrate robust environmental awareness, and the means to rigorously comply with it, has never been so apparent.

The upside to the Oil and Gas  Industry

Whilst it is an onerous task, real-time gas sensing offers benefits beyond simple legislative compliance. In addition to the obvious benefits to the environment from greater awareness of ongoing emissions inventories, there are also economic benefits from reductions in lost product which can be made by online continuous monitoring, tapping into otherwise unrealised revenues.  The newly established environmental transparency can also unlock the opportunity to sell gas at a premium, an increasingly popular approach supported and pioneered by the financial industry.  Socially, public relations can be safeguarded by enabling rapid action in the case of a significant release and the demonstration of clean operation and mitigation efforts verified by direct observation.

It is possible to satisfy these requirements using an array of point sensors placed on individual pieces of equipment, each of which can report methane concentrations on a continuous basis to a site safety management system.  However, this solution has limitations of its own.  Chemical point sensors, such as metal oxide sensors, can experience significant baseline drift as a function of ambient conditions, and therefore require regular calibration and maintenance in order to function on a continuous basis. Laser-based point sensors (such as NDIR sensors) often suffer from a poor sensitivity and can be subject to signal interference from the absorption of water vapour. Maintaining an extensive array of sensors over a large, heavily populated site, is a continuous and highly laborious operation in its own right.  In this scenario operators are considerably worse off in terms of cost than they were when required to carry out regular LDAR operations.

An alternative response to the challenge of monitoring methane emissions is the use of  open path laser spectroscopy.  The ORION® open path gas analyser from MIRICO employs a novel approach to laser spectroscopy.  Rather than using traditional absorption spectroscopy, where the concentration data is associated with the intensity of the light received at the detector and presenting potential problems from rain, snow, fog or dust, the ORION® analyser uses MIRICO’s transformative Laser Dispersion Spectroscopy (LDS) technology, recording the change in phase of the received light due to the absorption, rather than the intensity, making it independent of the environmental factors that will attenuate the light.  Methane emissions mitigation is critical in addressing climate change and continues to be high priority for legislators. SB19-181 pioneers the establishment of requirements for real time methane emissions monitoring, and in time, the environmental benefits and desire for industrial transparency will support similar action in other states and nations.  Autonomous, continuous monitoring of oil and gas processing facilities, using a robust laser spectroscopy solution, represents the future solution for leak detection and repair activities, with tangible benefits in terms of both environmental and economic factors.  Get in touch with MIRICO to see how we can help unlock these benefits for you.